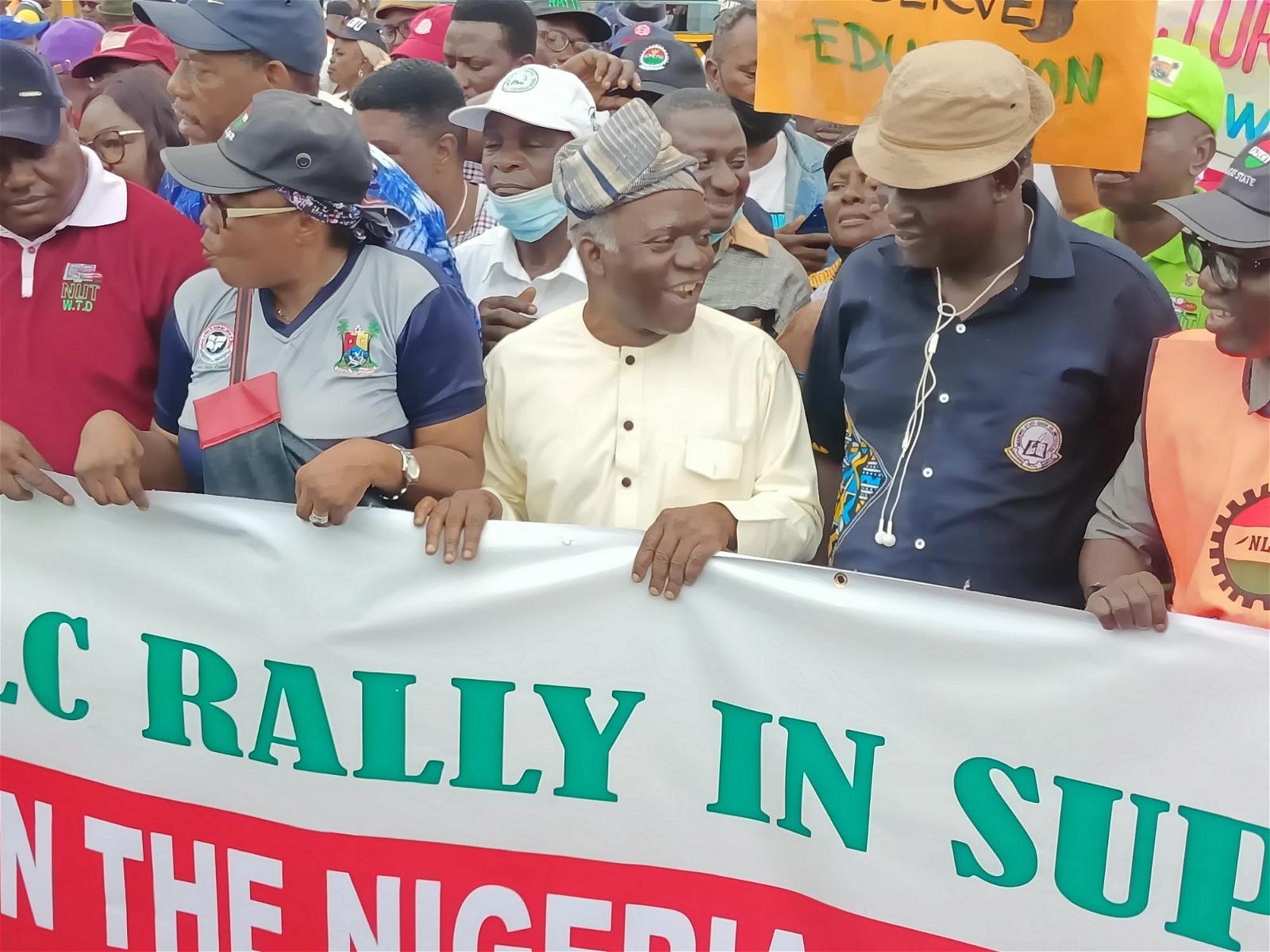 By Nwafor Sunday
Human Rights Lawyer, Femi Falana, SAN, has joined the ongoing protests rocking the country. Falana was spotted carrying placards along with other protesters in Lagos.
The outspoken lawyer has joined many protests in the country, defending the interests of Nigerians.
Nigeria Labour Congress, NLC, had on Sunday promised to embark on a two-day nationwide protest in solidarity with the Academic Staff Union of Universities, ASUU, and other affiliate unions over the lingering industrial action in public universities in Nigeria.
The national president, Comrade Ayuba Wabba in a statement told fellow workers that the national days of protest was in support of unions in Nigeria’s public universities who are fighting for quality education.
In another development, the convener of Concerned Nigerians, Deji Adeyanju, Tuesday morning alleged that terrorists kidnapped some security operatives in Abuja.
Recall that the troops of Guards Brigade, Nigerian Army on Monday repelled a terrorists Ambush in Abuja while on patrol around the Bwari -Kubwa road.
Spokesperson of the Guards, Captain Godfrey Anebi Abakpa noted that the ambush which happened within the general area of Bwari, shows that the terrorist’s were actually within the location and possibly preparing to carry out their plans to attack the Nigerian law school in Bwari as earlier reported.”
Intelligence sources said, “Troops on routine patrol along Kubwa – Bwari were ambushed by suspected terrorists. Three soldiers were injured during the attack. The soldiers have been evacuated for medical attention.
“Yes, they (troops) were attacked and the attack was successfully repelled. We had a few wounded in action who have been taken to the hospital and are receiving treatments.
“At the moment our troops are still combing the general area to get rid of the criminals that have been threatening the general area. It is advised that residents go about their lawful businesses and keep cooperating with us by giving us timely information to enable us win the fight against the criminals”.