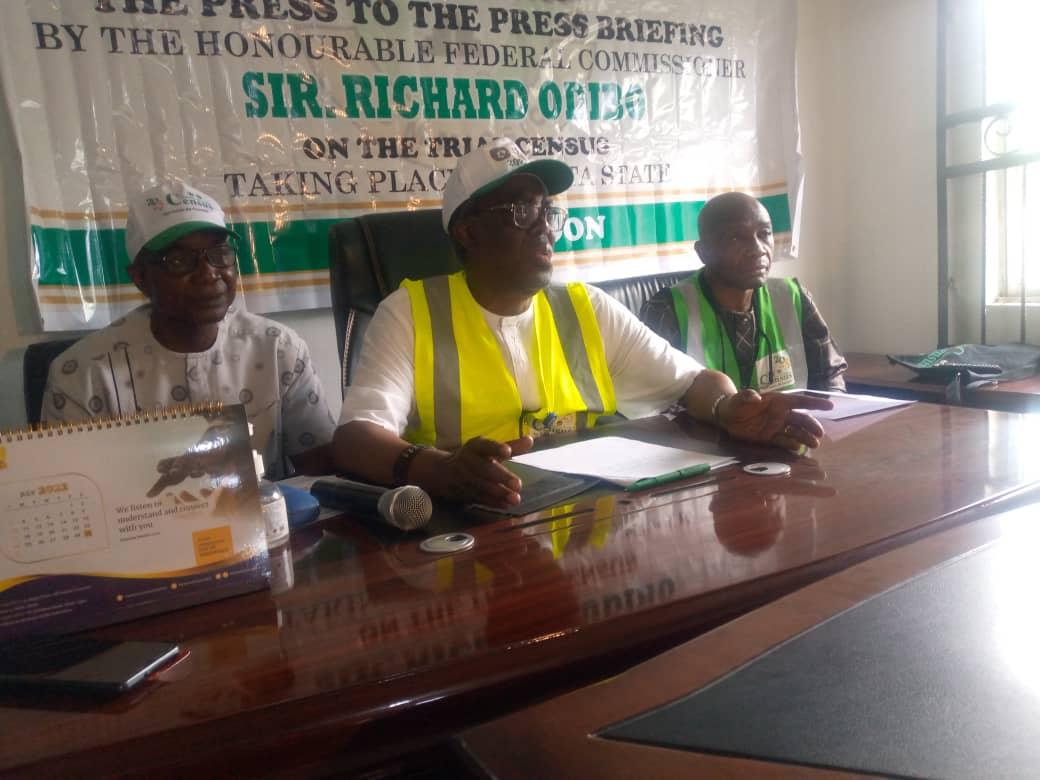 FEDERAL Commissioner representing Delta State in the National Population Commission, NPC, Sir Richard Odibo, has vowed that the Commission would conduct a credible population and housing census in April 2023.

Odibo who stated this in Asaba at a press conference to end the one-month trial census in nine communities across nine local government areas in the state, said the commission is determined to obtain reliable data for planning purposes for the country.

Flanked by the Director of NPC, Lotobi Patrick; state Coordinator, Adedotun Atobasire; Tadafe Daniel; Okwusare Solomon; Onekwe J.A; Dibia C.O. Uwaechue Anthony, Sylvester Evuarherhe and other management staff at the Asaba office of the commission, Odibo explained that the trial census was one of the key activities for the next population and housing census.

Saying that the commission is adopting a meticulous and scientific approach at every stage, he said part of the objective is “to test-run and perfect any shortcoming that we might not envisage in the main census.

“It is also to test-run our instruments and materials required for the conduct of the 2023 National Census which include both materials and human resources, logistics, building numbering and household listing, data quality monitoring and management, persons enumeration and validation of EA frames.”

“The Computer Assisted Personal Interview (CAPI), data collection method, all major questionnaires and several other forms are embedded in the Personal Digital Assistant (PDA) that will be used. The questionnaires will be administered on all living (dwelling) quarters and persons resident in Nigeria during the census.

“As the only agency of government with the constitutional mandate of generating and providing demographic data for planning purposes, the commission is fully prepared to give the country a reliable and credible head count come 2023″.

While highlighting some challenges encountered by the commission’s personnel during the trial census, he commended Governor Ifeanyi Okowa, traditional rulers, communities, security agencies, religious leaders and other stakeholders for their respective roles and assistance since 2016 when demarcation exercise commenced in the state.