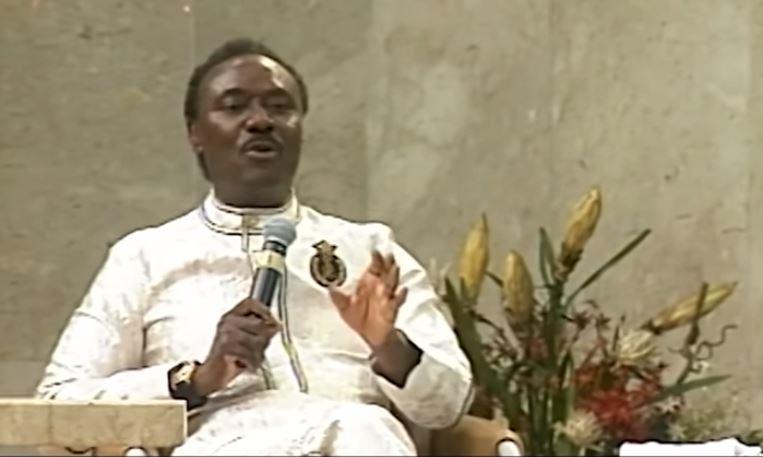 …to scrap National, State Assemblies,
..empowers professional associations
…tasks Atiku, Tinubu, Peter Obi
By Bose Adelaja
The Founder, Household of God Church International Ministries, Pastor Chris Okotie, on Sunday, signified his intention to head an interim government that should in place immediately after the current regime headed by President Muhammadu Buhari.
Okotie also proposed scrapping of National and State Assemblies as well as political offices saying that the presidential system currently being run in the country, has brought a lot of pains than gains to Nigerians especially the masses.
He disclosed this in his church, located at Oregun, Lagos, in commemoration of his 63rd birthday.
According to the musician turned pastor, various political parties in the country have failed in their programmes , instead, impoverished Nigerians due to their unfavourable party structures. He said, “some political parties were formed by rich men for selfish purposes so that they can impoverish the masses and that is why the prices of nomination forms have gone beyond the reach of a common man ,” said the cleric.
He called on the flag bearers of the political parties to divert the energy used in securing the party’s ticket,  towards supporting the interim government he aspires to lead so that the true picture of democracy can be achieved.
The cleric said killings, maimings, corruption and kidnappings are gaining momentum in the country. “my message to Abubakar Atiku is to ensure peaceful atmosphere  so that we can tackle the challenges facing the nation. Remember, Nigeria has been good to you and it is time you pay back.
“To Bola Ahmed Tinubu, you have shown your strength at the primaries but I want you to divert it towards emancipation of the masses by supporting the interim government for the sake of our people.
“To Peter Obi, I know you are a trader, kindly use your expertise to build the nation’s economy. The existing system is faulty and that is why I am asking you to support an interim govt that will heal the wounds of our people,” he said.
If given the opportunity to head an interim government, Okotie said he will scrap all political offices and empower professional associations, “some professional associations like National Teacher’s Association NTA, Nigerian Medical Association NMA, and Nigerian Bar Association NBA, have been in existence before the existing political parties and it will do well to tap from their knowledge rather than committing professional affairs into the hands of minister’s and commissioners, “
As for the National and State Assemblies, Okotie suggested that these be scrapped as they are being used to surp the nation’s economy adding that such offices should be voluntarily occupied, “the expenses that the National and State Assemblies are gulping, are enough to build a nation..Let us scrap them and divert the fund to meaningful projects.
“We don’t need political parties to govern Nigeria, let us change from presidential to federalism government or state autonomy.
“The Constitution that was handed over to us by foreigners is not working, so,
Nigerians should begin a conversation that will lead to an interim government immediately after Buhari’s regime. ” He added.

Nigeria youths ready to take back their country from…